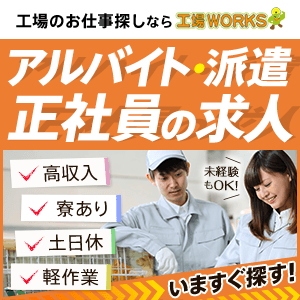 Marawi is the capital City of Lanao del Sur province in the Philippines. It is an Autonomous Region in Muslim Mindanao (ARMM) and has an estimated of 201,785 and population density of 2,300 per km.
The people of Marawi are called the Maranaos and speak the Maranao language. They are named after lake Lanao, called Meranau in their language upon those shores Marawi lies. The city also known as the “Summer Capital of the South” because of its higher elevation and a cooler climate, a nickname it shares with Malaybalay, which legally holds the title.

The economy of Marawi is largely based on agriculture, trading, and exporting. Most industries in the city are agriculture-oriented.
Marawi is also home to NPC – Agus 1 Hydro Electric Power Plant and the first of the six cascading Agus Hydro Power Plants.
The feeling of the unique natural setting of the Maranaos in Marawi is manifested by the presence of many large Torogogans, anantique royal high-roofed houses with carvigs designed by the Meranau, and Sambitory Old Building in Barrio Naga in front of Tuaka Laput, Marawi.

On May 23, 2017, this city has suffered extensive damage during the battle of Marawi as militants affiliated by the Islamic State of Iraq and the Levant invaded the city and engaged in a massive urban gunfight. The battle lasted so long for five months on October 23, 2017,
There are many Christians and soldiers been killed and hostage one of the priest in Marawi. Major damage of the city was caused by the Airstrikes carried out by the Philippine Air Force in an attempt to eliminate the militants.

Manila is the capital city of the Philippines.

It is one of the most densely populated cities proper in the world. There are about 896 Barangays in Manila and has estimated population of 1,780,148 and population density of 71,263 per km.

The Spanish city of Manila was

The Spanish city of Manila was founded on June 24, 1571, by Spanish conquistador Miguel Lopez de Legazpi.

The officially defined metropolitan area called Metro Manila, the capital region of the Philippines; it includes the much larger Quezon City and the Makati business district.

There are about 60,000 establishment operates in the city..

There are many business establishments in Manila, Philippines…

Binondo is the oldest and of the largest Chinatowns in the world and was the center of commerce and businesses activities in the city.

Numerous residential and office skyscrapers are found within its medieval streets.

Divisoria in Tondo is known as the “shopping mecca of the Philippines.” Numerous shopping plaza malls are located in this place, which sells products and goods at bargain price..

Basketball is the main sports in the Philippines, but there are various sports and best Filipino athletes. .

Tandag is a 5th class city ansd is a capital of the province of Suriga...

Tablas is the largest of the islands that compromise the province of R...